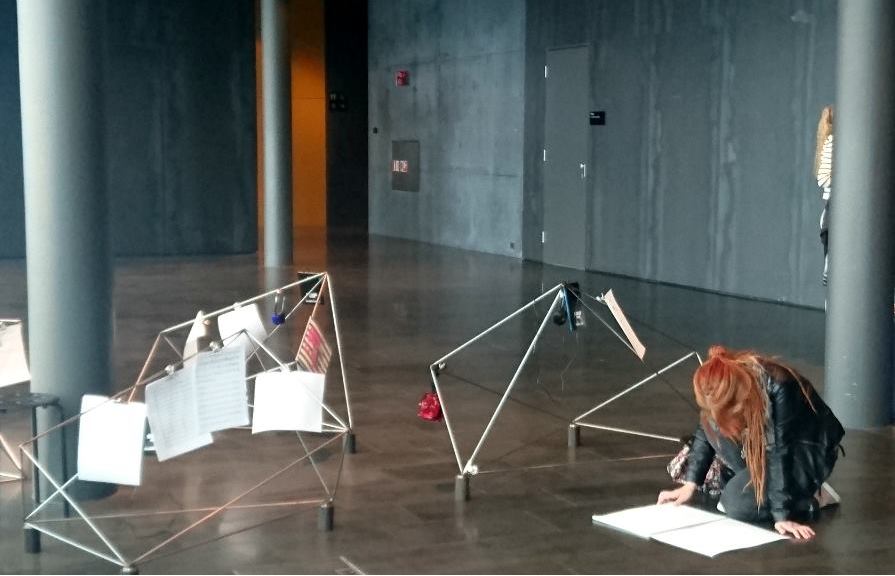 Living Archives is an ongoing project initiated by Hild Borchgrevink, exploring how music can be represented, reflected upon and discussed outside the temporary experience of a live performance. Each version of Living Archives is also in itself conceived as temporary and open ended, intended to adapt to different musical, spatial and social contexts, to acquire new material and learn from experience.

The first version of Living Archives was made for Nordic Music Days 2016 , a contemporary music festival that took place in Reykjavík, Iceland 29/9-2/10 2016. The aim of this Living Archives was to invite audience and artists to engage with the ideas behind the music played at NMD by diving into the composers’ sources of inspiration. Composers featured the programme were asked to submit artworks, theory, poetry, sounds, samples, sketches, images, videos, objects or ephemera – anything that had in some way inspired or influenced their music to be played in the festival. 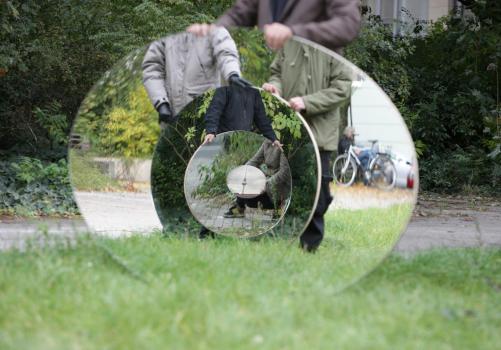 The physical infrastructure of Living Archives consisted of 12 moveable wireframe shelves of different sizes, created in collaboration with architects Eskil Tin of Tintin Motors and Anna Røtnes of architect firm Praksis A. Each shelf had a tablet and a headset attached to it where digital material was available. The 12 shelves were intended to attract the attention of audience emerging from the concert halls and guide them towards listening and reading experiences they didn’t initially search for.

As part of Living Archives, the rKAD team also presented their artistic approach to documenting contemporary music in a workshop at the Iceland Art Academy.

After NMD in Reykjavík, Living Archives NMD 2016 was invited to present in Music Norway’s Open House seminar on music publishing and at the conference Musikkarvkonferansen 2016 – Interfaces: tradition and technology in musical heritage work at the Norwegian National Library.

The next event in the Living Archives series is an exhibition taking place at the Bergen Public Library during the Bergen International Festival in May 2017. Here, scores and inspirational material of three new compositions will be made available to the public for 3 weeks, leading up to a concert in which the music will be performed for the very first time. This project is connected to the 100 year anniversary of the Norwegian Society of Composers.