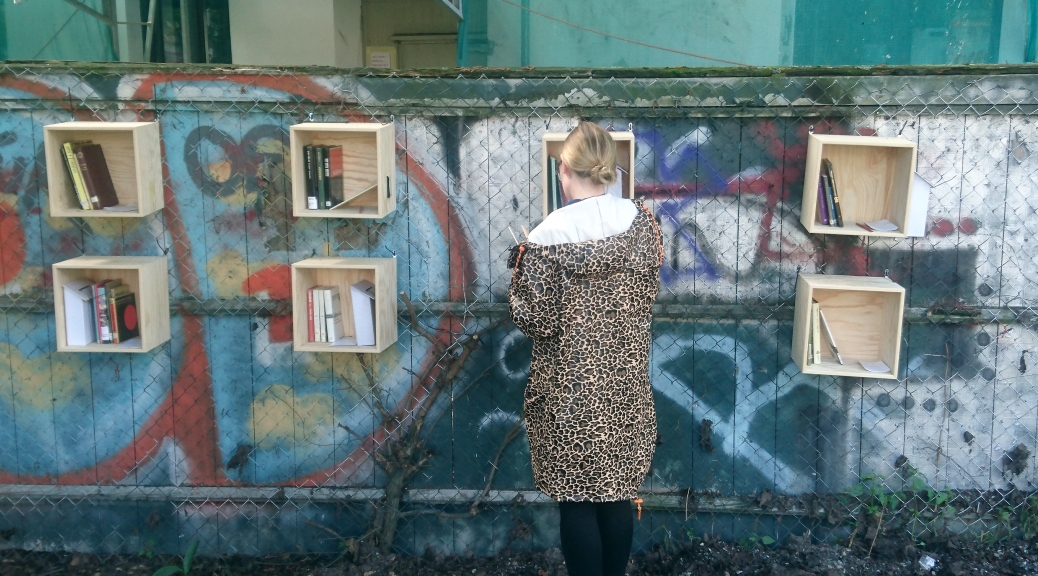 The project Expired aimed to reveal the collection of books in a public library as a dynamic structure. My idea for the project grew out of curiosity on how the municipal libraries in Oslo approached the process of weeding.

In the installation Expired outdoors located in the public square Schous plass June 1-11 2017, 100 expired books collected by me from local libraries in Oslo were made visible and exposed to new selections and attentions – first mine, then those of the passers-by. People passing Expired outdoors could take a book home, provided that they left a quick note
telling why they were interested in the specific book. At the end of the exhibition period more than 90 of the books were replaced by a written explanation. 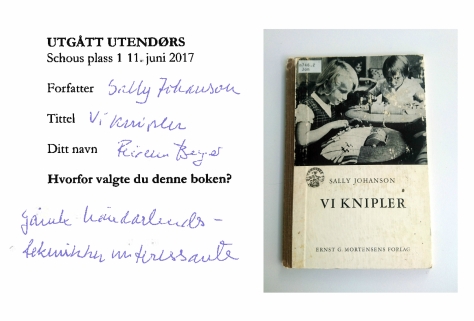 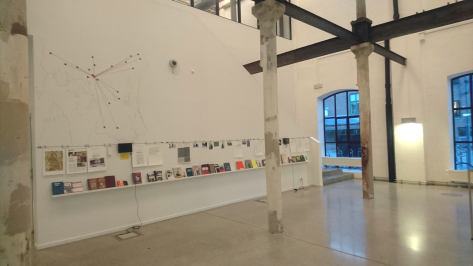 Expired also became an exploration of the whim, of mechanisms behind serendipity or behind a sudden impulse to get rid of something. The paper book as a physical, material object invites to be discovered and ignored in ways different than those of a digital text. How do we negotiate the periphery of collective attention, and how can it attract public interest and instigate productive disagreement?

Som kolven i en klokke / Like the clapper of a bell